A Bumpy Start and Fabulous Finish to Apartment Rental Down Under

The flight out of China was bittersweet. 30 days after landing exhausted and excited in Beijing, we were flying out of Shanghai as different people.

It gave us confidence; it reminded Ish and I about the kind of travel we were doing before the kids were in the picture; it reminded me of what I love at home and what we need more of.

We cemented there. We gelled. We were ready for anything the world had to throw at us. 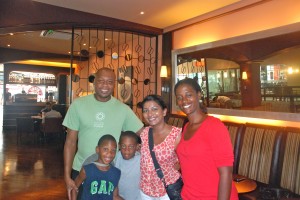 By the time we hit Shanghai we were China veterans. Fun being spotted by a CityLiine Viewer in Shanghai.

Then we landed in Australia.

And our place to stay disappeared.

We wanted to try something different in Sydney and so we had set up an apartment in Bondi Beach. We had received confirmation of the apartment and instructions on where to pick up the key but  emails to the owner over intermittent wifi from China hadn’t netted any responses and so as we approached landing in Sydney the knots in my stomach weren’t from the bumpy flight.

I may have mentioned it before – but when it comes to a choice between anal retentiveness and free spirited chaos I’m an  organized chaos kind of girl. I like to know what’s coming next. I don’t need to know it months in advance but a few days out from each destination I get satisfaction from knowing t’s are crossed and I’s are dotted. At the same time, I’m a firm believer that things happen for a reason and that you don’t always know why. And so when things – like the owner of a rental apartment not emailing me back a few days before I’m supposed to show up with my family  – happen, I assume I’m overreacting, that things will be fine and there’s no reason to worry.

When we landed in Sydney I tried her again. No answer.

We decided to head out to the Bondi Beach apartment location to see if she’d left the keys in the apt. nope.

We went to the head office to meet her. Locked up tight.

We rang her office number and her cell number. Nothing.

All this time we were in a taxi that was quickly approaching $100 AU, with two  kids who had just spent 15 hours on a flight and were now fast asleep in the backseat.

And did I mention it was pouring?

I wanted to cry. 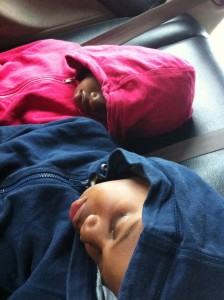 Stressful times but at least these two slept through it.

The phone rang. It was the apartment owner. She was out of town, didn’t recall having seen our confirmation, was sold out and couldn’t help us until tomorrow but had arranged a stay at a local hotel for the night at her cost. She was apologetic. I was exhausted and upset.

Gone were my dreams of finally being in a place we could call our own.  The pictures we had poured over to find just the right space (with internet!) for our family were fading fast.

I take my responsibility to keep the kids fed and sheltered on this trip very seriously. And failing at the latter was depressing.

Had I made this reservation on my own, I’m not sure what I would’ve done at this point. Eventually I would’ve found a suitable hotel and moved on, but in that moment – tired, hungry, and out of ideas – I probably would’ve waved a white flag.

But I hadn’t  booked it myself. The apartment rental was done through Roomorama. We had agreed that I would review a Roomorama stay while in Australia and everything had gone smooth as clockwork in the setup.  And so, without any more options to explore, I called Roomorama and explained the situation.

And that’s when everything changed.

They listened. They were as shocked as we were. They offered to fix the situation immediately but we were tired so I  told them that we were ok with the hotel overnight arranged by the apartment owner and  they promised to make things right in the morning.

While we spent the morning exploring Bondi Beach Roomorama folks were hard at work finding us an apartment that met all of our needs. 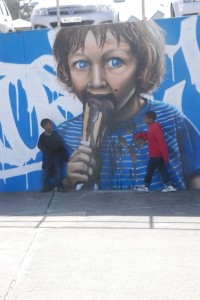 We chose from a few options and moved into the Wooloomoloo apartments the next day. And it was awesome.

The bad start wasn’t Roomorama’s fault. They are the middle men in this apartment rental situation  – putting home renters in touch with home rental owners. I’m sure that 99% of the time all goes well.

And while the renter in me was annoyed in the moment, the journalist in me is glad that I saw what happens when the inevitable 1% takes place.

Would I rent from them again?

The Wooloomoolo experience and the experiences I’ve read on other blogs and sites suggest that my anomaly of an experience was exactly that.

I’d be willing to give it another try, but next time I’ll follow my gut. No response from an owner? Red Flag received. 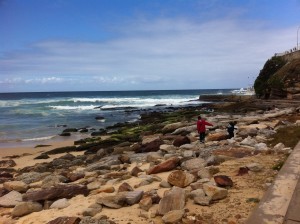 You Need a Winter Vacation – Here’s why you’re not taking one.
How to Plan the Best Multigenerational Trip Ever