SAN DIEGO—My younger brother Andre and I have a lot in common: warped sense of humour, my father’s nose and a love of food among them. So when he agreed to join me on a sibling-only odyssey, I knew exactly what we would eat.

We would celebrate our relationship — and its transformation from the days when he would cut the hands off my Barbie dolls (clipping their nails) — by bonding over the one thing that we both love more than family: meat.

And for that we needed to go to San Diego.

L.A. may be the must-do destination for those seeking the wealth and fame, but food lovers are doing themselves a disservice if they neglect to look south. Sure, you’ll find a mix of west coast crunchy granola and your fair share of vegetarians in the city, but chefs here are also passionate about meat. And butcher-front restaurants that allow you to taste the steak and then take the side of cow you fell in love with home are growing in popularity.

Our first stop, the Linkery restaurant (SINCE CLOSED)  and adjacent North Park Meat Company doesn’t disappoint. Their claim to fame is knowing the farmers (and sometimes the animals) by name, purchasing whole, grass-fed, animals and using as much of it as possible.

The young restaurant has been a hit (two-hour waits on a Friday night aren’t uncommon) despite the fact that neither owner Jay Porter, nor meat director, Michael McGuan, were connected with the area’s restaurant scene before opening.

The restaurant was a labour of love — for the eclectic, up and coming North Park neighbourhood they are in and for good food generally.

“We were really making it up as we went along but we were doing something that was distinct to the area,” says Porter. “If you give people a chance to care about what they’re eating, people will take you up on it.”

We start with a charcuterie plate that introduces us to some of the best things to cross our tongues ever and then move on to mains that stop our conversation. Andre has the grass-fed burger topped with a fried egg, grilled pineapple, bacon and cheese and smiles all the way through it. I opt for a picnic plate: sausage link, potato salad, coleslaw and house baked beer bread.

We both have kombucha — a twice-fermented black tea with a tart taste that becomes an immediate favourite.

Somehow the food tastes better knowing that it’s better for me.

“It’s honest food,” says McGuan nodding in agreement, “and that’s why we like it.”

We find a similar underlying philosophy at play over dinner at the Burger Lounge in Coronado. The simple decor and menu focused on organic buns, homemade sauces and grass-fed beef have made it a local hangout.

We order burgers, onion rings and hand-scooped shakes and slide into the booth. The restaurant manager joins us to tell us a bit about the restaurant’s green certification. I should be taking notes but I can’t stop eating the onion rings. Dipped in buttermilk with a light Japanese breadcrumb crust they are unbelievable. Burgers are served naked (no ketchup, mustard or relish) so you can taste the flavour of the all-organic, grass-fed, free-range beef.

(The truth is, seven onion rings in, my stomach is telling me to stop but my tongue is screaming “no.” Knowing that this isn’t the kind of meal you say “no” to, we carry on. So full I can’t move. For the record: Still worth it.)

Only partially recovered, the next day we don looser pants and head out to complete our meat trifecta with a visit to Cowboy Star Restaurant and Butcher Shop.

With two to-die-for meals under our belt, Cowboy Star could’ve failed miserably and been excused. It’s not to be. Despite the kitsch of waiters dressed in western shirts, framed posters of wranglers and even the odd patch of cow print leather, the proof is on the plate. Seated at the chef’s counter we watch as executive chef/co-owner Victor Jimenez and sous-chef Wade take slabs of meat we’ve seen in the butcher’s counter at the front and sizzle them to perfection in the open kitchen.

“When you live outside North America you get to know your butcher and your baker,” says Jimenez of the decision to embrace the butcher shop/restaurant concept. “I wanted to bring something from my childhood here.”

Andre picks the 14-oz. bone-in, rib-eye steak, aged 21 days, and the sudden emotional gushing about my being “the best sister ever” lets me know exactly how good it is. I bite into my bison and fall in love.

A pat of butter added right before serving, Wade tells us, is the perfect touch. “We’re chefs first then butchers,” explains Wade as we fight the oncoming food coma, “people come in and see duck in the shop and then come sit at the counter and say, ‘hey, what can I do with that?’ and we tell them.”

It’s our last night so we loosen the buckle and agree to dessert: bourbon pecan ice cream that doesn’t skimp on the bourbon.

Rolling off our bar stools, we bid a misty-eyed farewell to the city and promise to return. Judging by the dopey grins on our faces and the hotel scale, our work here is done.

Little Italy Mercado: Streets are shut down in this classic neighbourhood to make way for farmers and bakers selling their best.

Brewhop Beer tour: A chauffeured Lincoln Navigator tour of the local artisanal breweries with tastings at each stop. www.brewhop.com

Eno wine bar at the Hotel del Coronado offers wine, cheese, meat and food pairings in a cozy spot at the base of the historic hotel. www.hoteldel.com 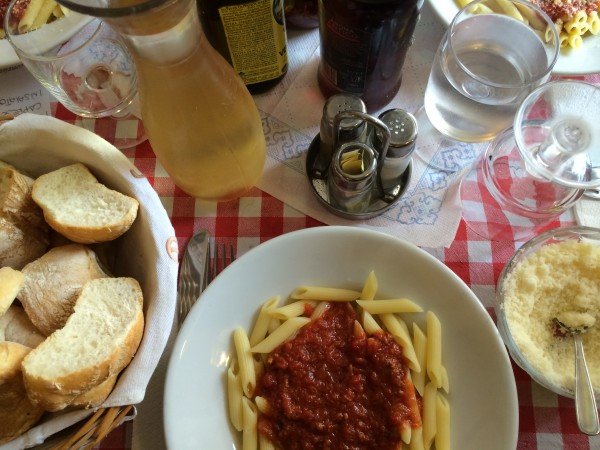 Culinary Travel is a Great Way to Explore the World!
Burger Bliss: Part 2