Canada Travel: Worth the trip

Ok. I know what I’m about to say is going to sound hokey. You’ll probably roll your eyes dramatically and their might even be some mocking hand gestures  but it’s been 3 weeks now and I can’t hold it in any longer so I’m just going to go ahead and say it: 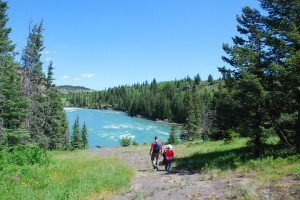 Seriously. This country is so incredibly amazing I don’t even know where to begin.

We made our way across the country stopping in cities that were originally meant to be a chance for the family to explore, learn a little and get used to being on the road.

I expected a grade 7 geography lesson. I got a full-blown dramatic production and learned a few things myself.

I don’t know why but somewhere between the elementary textbooks and the high school exams something got lost for me.  This amazing country that is so diverse in landscape and people became…well… blah.

Don’t get me wrong I’ve always been a proud Canadian. And over the years through my stories I’ve found bits of it that are particularly special.

It’s just that for the most part it was a quiet pride. Brought out via a t-shirt and a mini-flag on July 1 and then quietly tucked 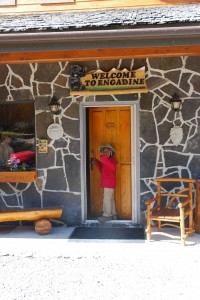 I think one of the best decisions we made on this trip was opting to include Canada in it.

Sure, I was mocked when I announced that my first stops would be the prairie provinces: Manitoba – a full 1.5 hour flight from home – Saskatchewan and Alberta,  but the truth is given the chance I’d do it again.

Because it’s only when you sit in the stands of a Goldeyes baseball game or “fish the Red” in Manitoba;  learn the history of the iconic Delta Bessborough or watch Saskatoon children playing on River Landing; watch your 6-year old learn to ride a horse in Kananaskis, 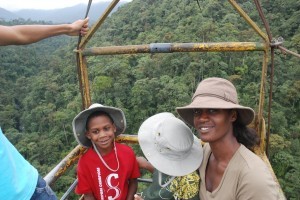 come face to camera to face with a bear for the first time or marvel at a moose while sipping your coffee at Mt. Engadine Lodge; or take the first lick of Gelato from Bella Gellateria in Vancouver 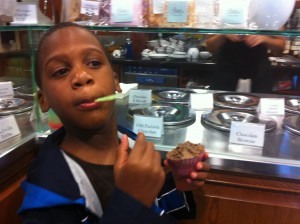 and watch your newly nine-year old surpass your expectations on a ropes course in Whistler…. 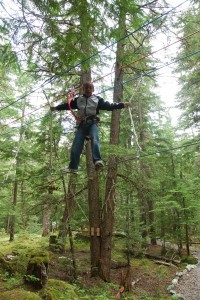 that you realize it…

How truly blessed we are.

How bountiful this land is.

How much we take for granted.

How beautiful a country we live in.

We’ve just left  North America and are currently settling into the life and lifestyles of South America. There will be other stops ahead where many aren’t as fortunate as we are at home and don’t have the luxury of taking it all for granted.

There are still more stories to come  out of this first leg because Canada  offered up even more than I’d planned for, but I wanted to share how grateful I am for the chance to have seen and learned a bit more about my country and to have shown it to my children and hopefully, through you, to yours.

And so, mock me if you will but I’ll say it again .

I am Canadian and, after seeing our Western provinces, prouder than ever to say so.

Who’s with me? Have a Canadian lovestory to share? Let me know your fave spots in the comments below. We’ll hit Eastern Canada next summer and I’d love to know what’s not to be missed.

You Need a Winter Vacation – Here’s why you’re not taking one.
Wayback Wednesday: National Geographic Travelers of the Year