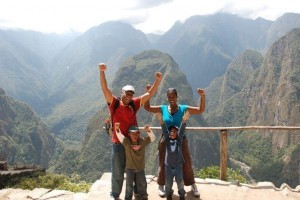 Before June 2011 our days consisted of making school lunches and working and going to school and wondering what to make for dinner and driving from karate practice to swimming practice to soccer practice, before collapsing in bed.

And in the seconds in between we wondered if there was more to life.

We dreamed of seeing the world with our kids. We imagined having more time to do nothing (and everything) together. We hoped that one day we’d make it happen. And then one day we decided to do it.

GlobetrottingMama.com tells that story and the incredible life of travel that has come out of taking that one big, bold move. It’s about travel and family and parenting and the planet, and we are hoping that our story helps to inspire you to live your best life.

Family Travel| Who we are

Heather is a  professional journalist who practiced law for a number of years before ditching that life in 2007  to follow her passions as a travel writer. Today she is a Contributing Editor for National Geographic Traveler magazine, a columnist with The Globe and Mail and the resident travel expert on The Social (CTV). She also sits on the advisory board for the Family Travel Association and contributes to a host of media outlets (see below) in print, on television, on radio and online. A strong advocate for travel as a tool for building a better planet, Greenwood Davis is an oft called upon speaker and has shared insights at conferences hosted by the US Travel Association and Destination Canada, among others. Articles and segments by her and about her have appeared in media outlets around the world including O Magazine and NPR. 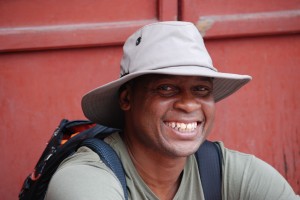 He’s the husband  and father in this family mix. A municipal health worker by day with a passion for family travel on his off hours. His interests include history, anthropology, sports and meeting new people while exploring new places. He has social media networks but you’re more likely to find him offline, chatting with people he barely knows and turning them into lifelong friends. 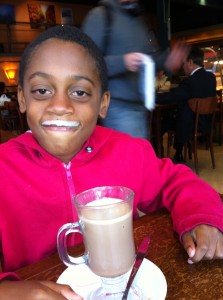 It was our yearlong around the world trip in 2011 that turned our former picky eater into a foodie. He’s the one most likely to add bunny ears to a photo and to order a second dessert. Bump into him on the road and he’ll likely to greet you with a handshake and a smile. Challenge him to a math contest and you’ll lose. 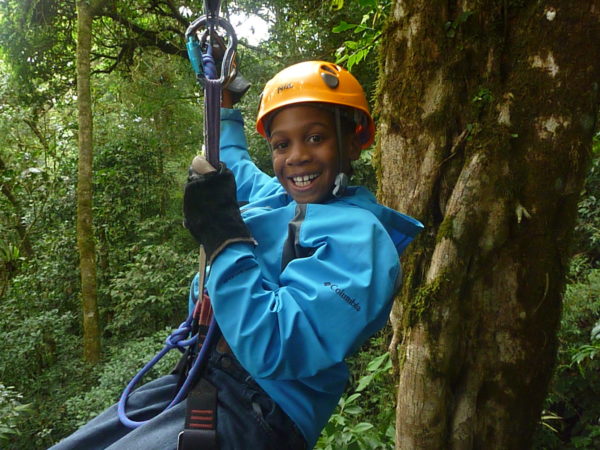 He’s the youngest member of our traveling family and our resident daredevil. If you can climb it, jump off it or slam into it…he’s in. He’s also a charmer with a killer sense of humour and dance moves that prove he can shake what his mama gave him.

RTW Family Tip–> To read about our year of non-stop travel from start to finish, click on “The World Trip” under the adventure tab at the top of this page.

Here’s where you can find articles by Heather, information on appearances  and stories about the family’s continued travels:

Newspapers: The Toronto Star, The Globe and Mail, Metro,

Sometimes I wear my heart on my chest. #familyfirs

Don’t cry because it’s over, smile because you

In the tiny town of El Quelite there are more roos

The shrimp ladies in @gomazatlannow are full of ch

This is Adan. He’s a Mazatlan diver. Today he ju

A few short weeks ago this video I took on #kangar

There can be beauty, hope, strength and promise i

You loved my travels and my family. Funny, me too.