Five Things: Don’t travel the world without them

You’re planning some long term travel. You’ll see the world and have fun doing it. But the question remains? What do you pack? If we’d brought nothing but these five things we’d still have had an amazing trip. 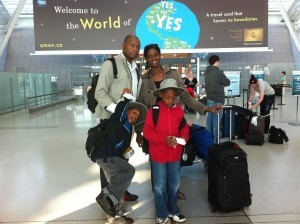 I know what you’re thinking. I can’t afford the good stuff but if you’re planning a long term trip it’s worth the investment. We traveled with so little but the stuff we didn’t regret bringing along? Our Tilley gear.  And now you’re thinking, “Safari hats and flap jackets” right? (I know. It’s a gift.) Wrong. I got to know them when they provided outfits for Ish and I to wear on our first CityLineappearance and a few take on the road with us. The stuff is tough but stylish and kept us looking less homeless than we were. Take a look at their newest offerings here if you don’t believe me  and then don’t leave on your next trip without the Ponti pants. Seriously. Like yoga pants without the stigma of wearing them to a fancy dinner. (Full disclosure: I don’t work for Tilley but I should. Impressive stuff.)

I’ve written about this before and spoke about it here.  I know there are naysayers but I can’t even imagine what our trip would’ve been like without our iPhone and Skype. We’d left grandparents behind. A phone call is nice, Skype is reassuring. They could hear that we were alive and see our smiles and the kids’ excitement. And the iPhone meant keeping in touch as we go. Unlock it and you can use sim cards  from the cities you’re visiting (literally pop them in and out as you go) for a fraction of your roaming costs. (Full disclosure: I don’t work for Apple. But I should. ) 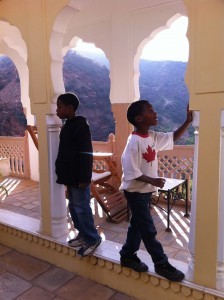 We couldn’t have left them at home anyway (without raising child services alarms) but it never even occurred to us that we would want to do this without them. What I didn’t anticipate was how much having them along would make the trip better. Kids bring a viewpoint we adults have long left behind with our judgmental, know-it-all-because-I-watched-something-on-CNN-once ways. They ask the questions we should be asking and in finding answers for them we can learn a lot about who we really are. I feel so privileged to have been able to experience the planet in the way we did, with them.

4. An Open Mind – We brought it with us but we were also willing to expand it as we went. It’s so easy to think you know what you believe when you’re sitting in your house in North America debating whether to open the fridge for food or order in. I would never even suggest that we were at one with the locals, but I am glad we got a chance to be the minority in these countries and had the benefit of locals, who we now count as friends, to show us things from their point of views. We played ping pong at midnight in Cairo, we sat cross-legged on the floor of a family home in Siem Reap, we chatted over duck confit in a Parisian home. And all of it taught us so much about who we thought we were, who the world thinks we are and how easy it could be to bridge that gap with travel. 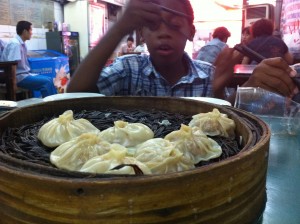 Really. Leave it all behind. The worries and the headaches and the “I told you so” and “I want it my ways.” Just go out there and really look around you and you’ll quickly see, as I did, that everything you need, you likely already have. And then, hope against hope, that you are lucky enough to have enough time left in your life to show the world how much you appreciate it.