This week I’m looking back at a 2011 visit to Alberta, Canada. We were about to set out on the biggest adventure of our lives: A year traveling as a family around the world.

At its close we’d hit 29 countries on six continents over the course of that year. We’d visit places like India and Egypt and China and New Zealand. 52 weeks away from home with my husband and two sons who were only aged 6 and 8 at the time.

What lay in front of us was exciting and scary: Would world events get in our way? Would the kids be able to handle time zones and uncomfortable situations? How would it change us? The adrenaline levels were high and the excitement palpable.

Starting off in Canada was the easy part. It’s our home and we’d seen much of the country before but this time would prove to be different. 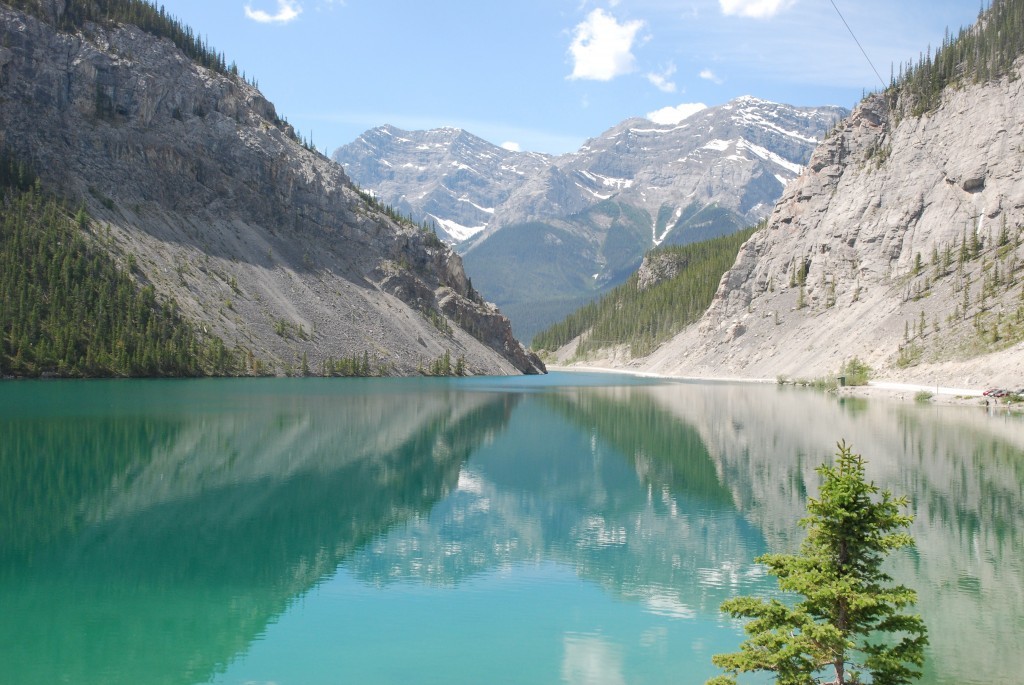 We were only a few weeks into the trip  when we hit Alberta. Somewhere outside of Canmore, my youngest son got up on a horse and it rocked his world. 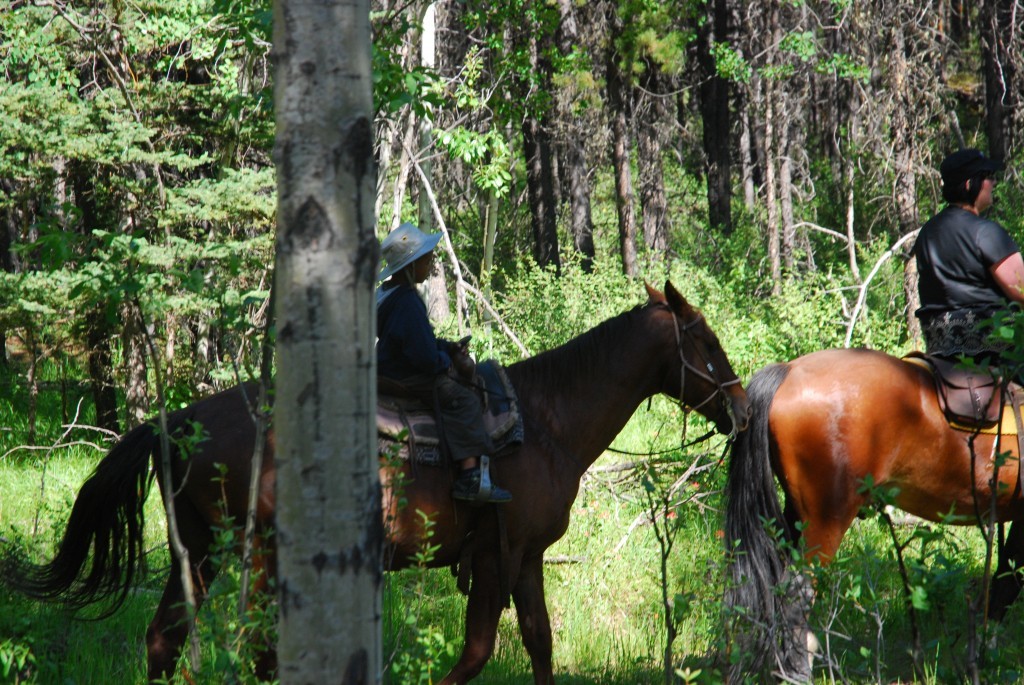 This photo(below)  perfectly captures what it felt like. The gorgeous scenery and comfortable pace and my Cameron, then 6, up front on a horse all his own; in charge, for the first time in his short life, of another creature. 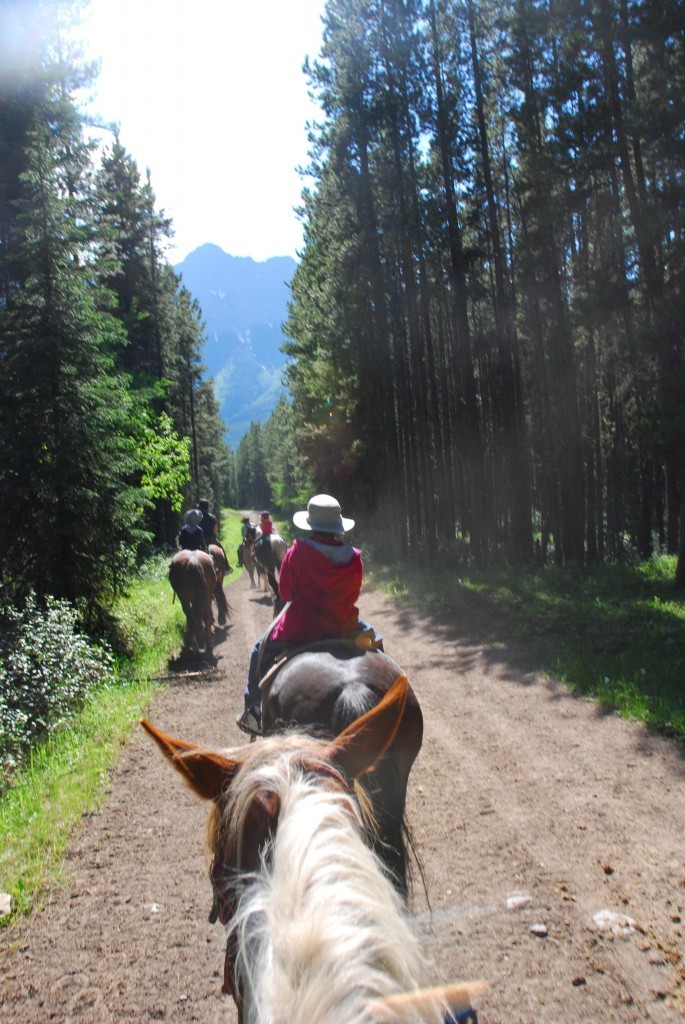 From the moment he took the reigns until the day we came home a year later, he has maintained that it was the best part of his year.  We saw pyramids, the Great Wall of China, glaciers and the Taj Mahal, and it was this – a ride on a horse through a beautiful field – that stuck most. 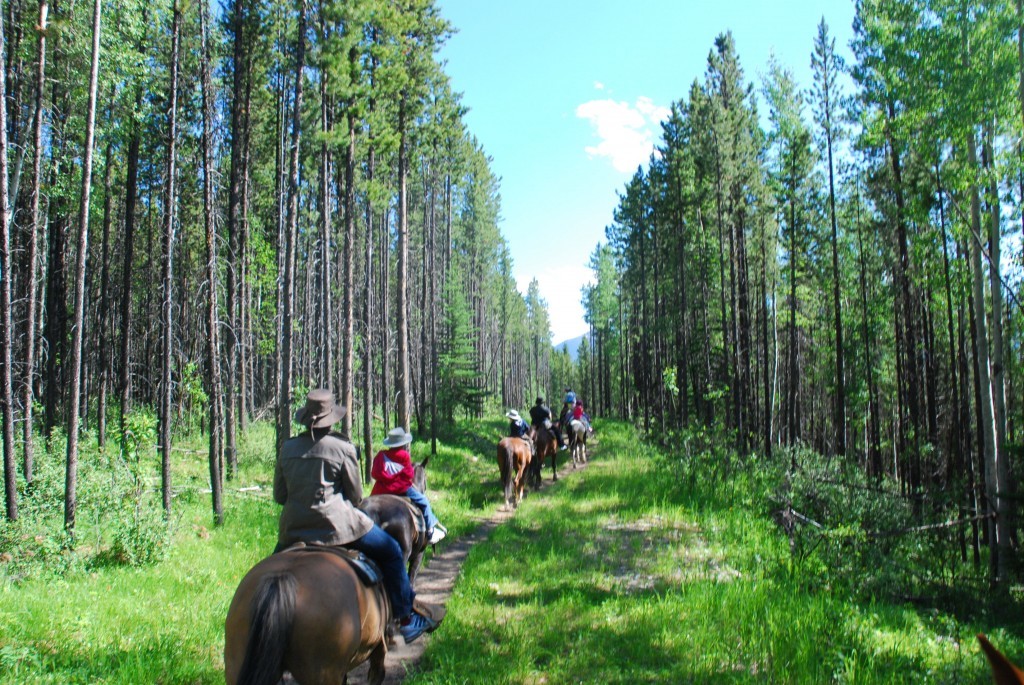 It wasn’t what I thought would stick out for him when we planned it. He had never mentioned an interest in horses before.  It was just a happy circumstance – a boy finding his passion completely out of the blue.

We never know what will resonate with our kids, do we? Or what moment will forever transform them?  Who would’ve guessed that on a trip around the world, it would be his homeland (Canada) that would leave the biggest impression?

I think our job as parents is simply to be open to exposing them to new things and to giving them a chance to hold the reigns even when it frightens us. This is why we travel.
Every Wednesday we share a photo and a bit about it on our blog: www.globetrottingmama.com. Want to join in? Share your own photos with the #GlobeTrotWed hashtag on social media. 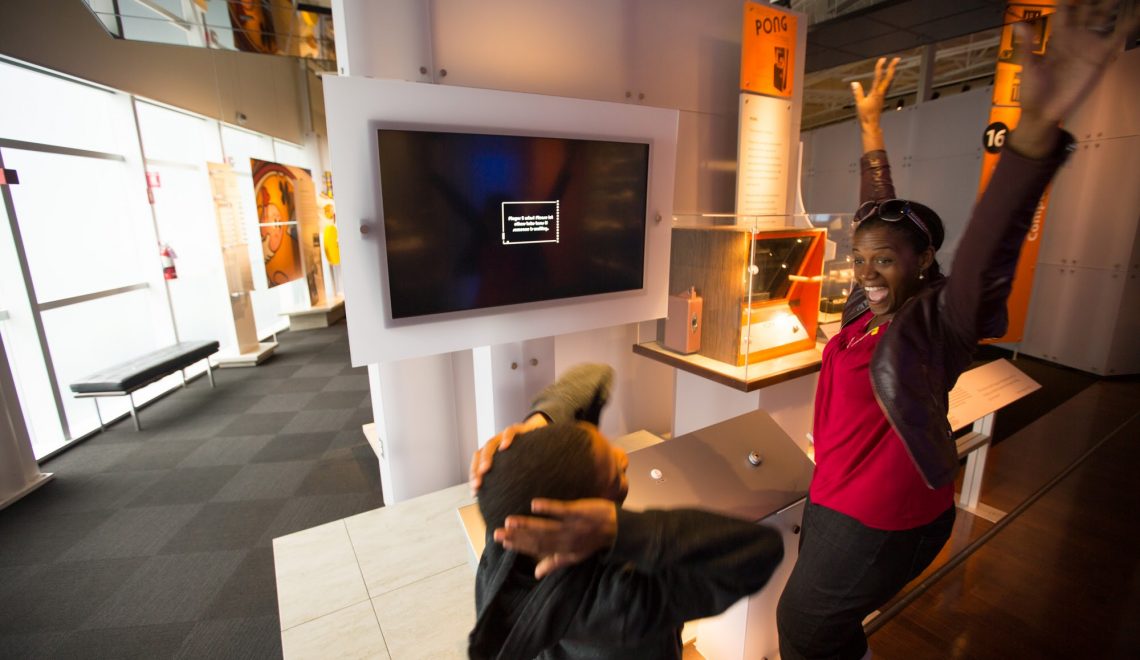 Alone Together Games to get you through Covid19

Have you booked your “revenge travel” yet? Yes

Throwing it back to my visit to @wandertheresort s

I live at the corner of busy and exhausted. Always