Grateful for a decent meal 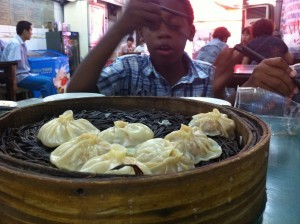 At one with his dumplings in China

My 10-year-old, who left home a finicky eater, became a food lover in the Galapagos islands and a conoisseur by the time we got to France.

I’ve always thought of him as picky – with his no-sauce-don’t-let-things-touch, ways.

But tonight after I served him a dinner of chicken, rice and raw salad,  I began to wonder if my cooking skills (or lack thereof) had anything to do with it. 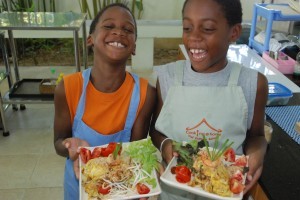 They made it. They ate in. (Thailand)

Let me set the scene.

Ethan came into the kitchen, took a deep sniff and asked me “Mom! What is that smell?”

Him: “That smells delicious! I’ll go wash up!”

He polished off the salad in record time.

And then he asked if he could say a grace. 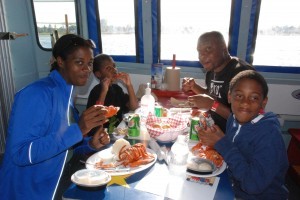 I thought it was odd given he’d already started eating and we aren’t a family that says grace routinely, but I indulged him.

He reached out took my hand, insisted we close our eyes and proceeded.

This was his prayer (For ease of reference my thoughts are in parentheses.):

“God. Thank You for this delicious meal that my mom made.(so far so good)

Thank you that it’s not burnt. (I beg your pardon!)

Please make it as delicious as the vegetables I just ate. (You mean the raw vegetable?!?!) 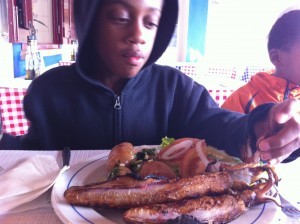 Maybe it was me after all.