It’s been five weeks on this amazing continent and I’m so proud that we did it as a family. As with most of the travels we’ve done so far, having the kids along with us has monumentally increased the value of the trip. 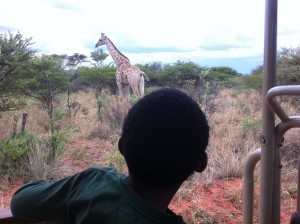 E taking it all in

I’ve watched them marvel at the culture and take their turn herding cows with Masai warriors (see the video below). I’ve watched them  share with the people, learn from history, taste the food, broaden their smiles and so much more. 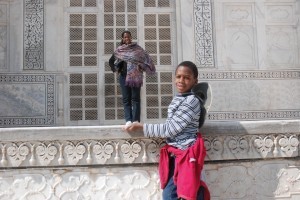 In some ways Africa has been disappointing. I had such high hopes of making a difference here but three attempts to secure volunteer placements didn’t come to pass and now I’m leaving the continent closest to my personal heritage having had little impact on it. For me, that’s  heartbreaking.
But that isn’t to say that Africa didn’t give me more than I gave it. It delivered in spades.
In South Africa I watched the boys develop an understanding of the sacrifices required when you believe in something and saw firsthand how the beauty of a place can leave even two chatty kids speechless. 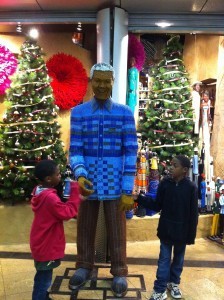 The boys greet a "wired" version of a hero

In Kenya, they learned that strangers can become fast friends, that their mother’s appetite for African art is only matched by her love of Hashimi’s Tandoori chicken and that there are friends you make in life who despite distance or time will always feel like family. 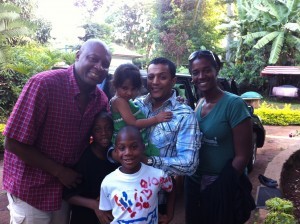 And of course there were more animals to be blown away by. 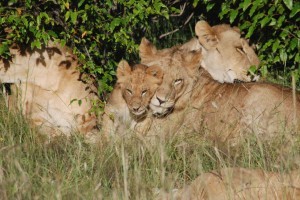 Lions upon lions in the Masai Mara

And in Tanzania they learned how language doesn’t have to be a barrier to understanding, how knowing only a few words can change your day and how some things are simply too heartbreaking to explain at all. 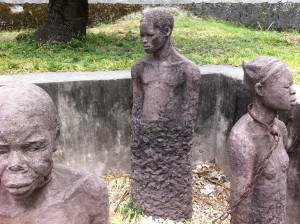 We’re leaving Africa as better people. We gave little here and I’m not proud of that. But we’ll be back and better equipped and prepared to do more.

The Biggest African Safari Mistake: #GlobeTrotWed
How to make friends when you travel