I think the thing I liked the most about Milan was that it surprised me. I went in expecting high fashion and designers I couldn’t pronounce (seriously, “Bvlgari” is “Bul-Gahry?”) and I got some of that.The plaza around the Duomo had its fair share of Gucci, YSL, Versace and Prada and the well-dressed clientele to match. But that was just a small part of the crowds and shops I encountered. 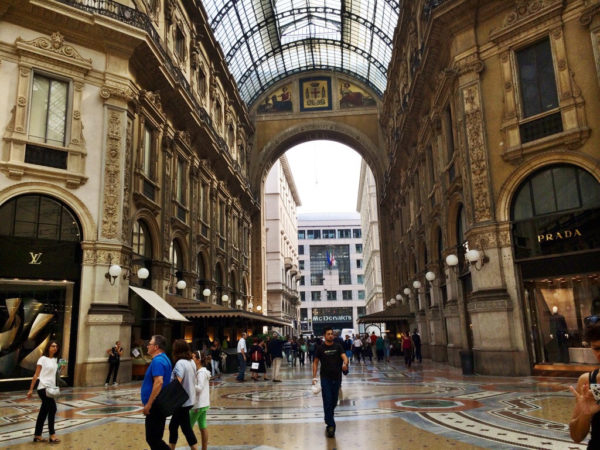 Galleria Vittorio Emanuel across from the Duomo di Milano is home to the fashionable set.

In fact, most of the people peeking through the windows of the high-priced stores were like the rest of us – unable to afford more than a purse in any of those name-brand shops and more drawn to the possibility of a celebrity sighting (or at least a well-dressed wannabe ) than the actual fashions inside.

And so, like any other city on the planet, Milan has its normals. Ordinary, everyday people dressed in normal, ordinary, every day duds. Some fashionably quirky (I remain impressed by the popularity of women  riding bikes in heels.) but most people? Clean, comfortable and…normal.

The other thing that surprised me? It has is more edge than I was expecting.

The City’s Graffiti Art gives it an edgy feel that works with it’s fashion forward reputation.

Yes, this is the home of the gorgeous, eye-popping Duomo. 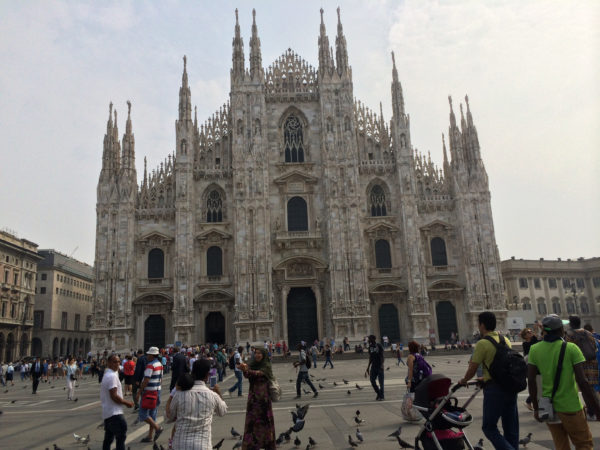 Milan’s artistic side is everywhere including the incredible Duomo di Milano.

And yes, the canals are THE spot to see and be seen during the Apertivo hour (which for the record I think is the best idea ever!).

But walk away from the water and the touristy spots and on to the winding and surprisingly easy to navigate-by -foot streets and another Milan emerges. 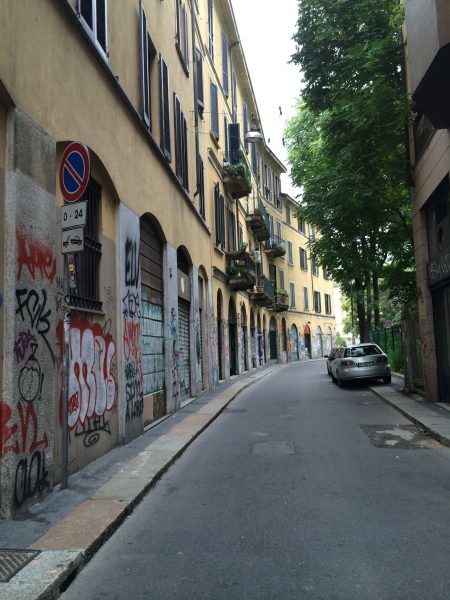 Graffiti adds an edge to the Milan Street Art scene 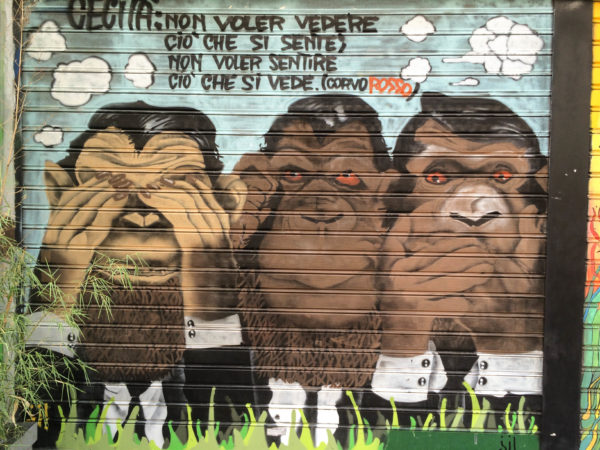 The OTHER Milan is a city in which opinions and ideas aren’t saved for notebooks and blog posts. One in which ideas and ideals are thrown on walls and store shop doors. The graffiti art in this city is incredible. 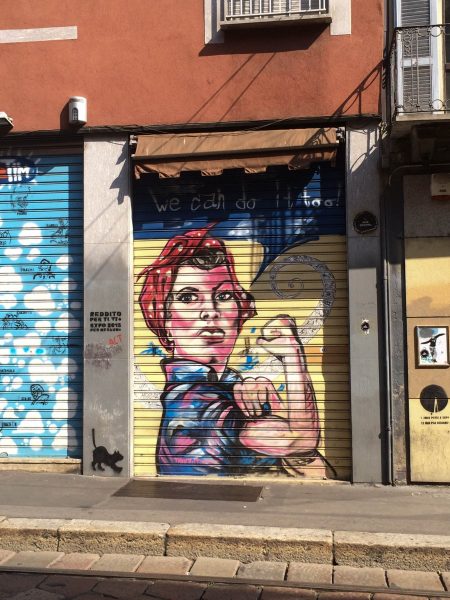 Wild and raucous, Loud and demanding. It dares you not to look but you’d be a fool not to, because – along with the clean and pristine –  this art , this “I’ve got something to say and the paint to say it,” attitude is also Milan. 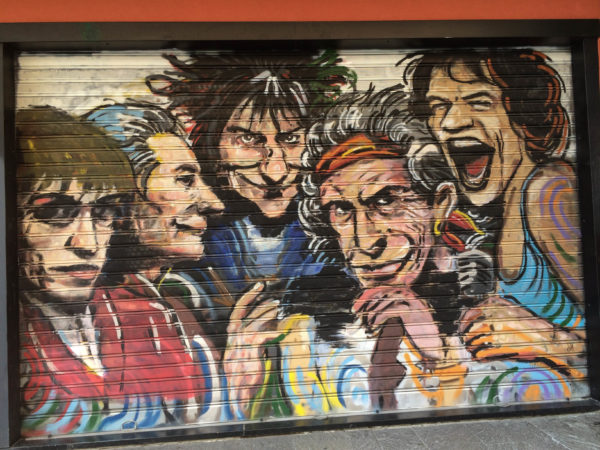 This refusal to see the large steel doors that shut down shops for the night as a door and to instead choose to see it as a window, a canvas and an opportunity is infectious. 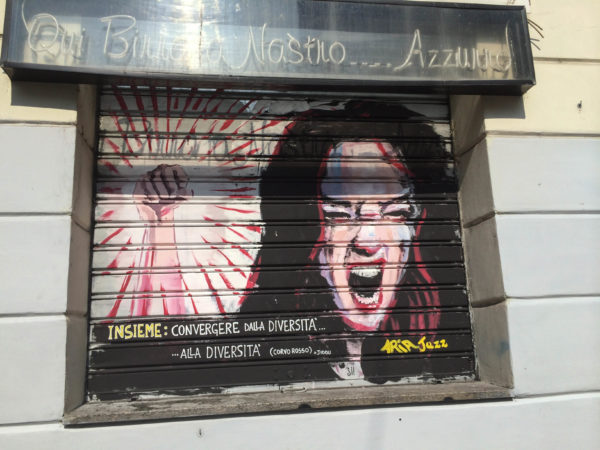 No matter your destination, if you’re walking and you see one you’re bound to stop. It’s effective, impressive and it gives this city another reason to linger. 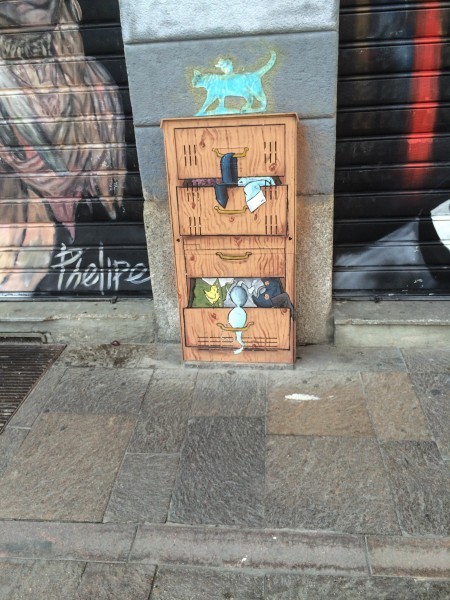 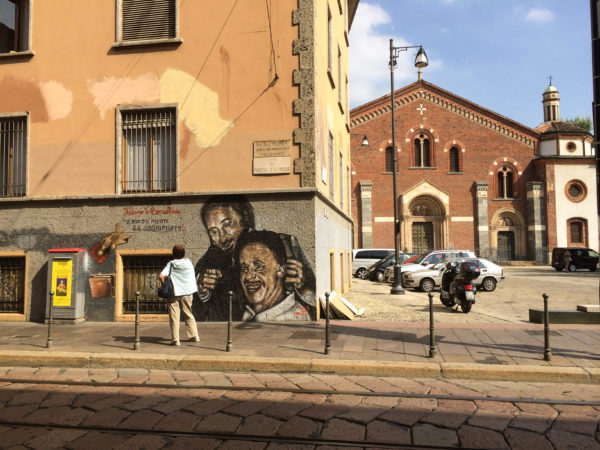 You don’t need to take a formal tour to enjoy Milan graffiti art pieces but if you’d prefer that, I did find a few online that might be worth checking out. I didn’t try any of them, so consider this a shortcut to a Google search rather than a personal recommendation.

Disclosure: My trip to Italy is a part of the #Blog Ville campaign, managed by iAmbassador in partnership with the Emilia-Romagna tourism board and the Regione Lombardia. As always, Globetrotting Mama maintains full editorial control of any and all content published on this site. 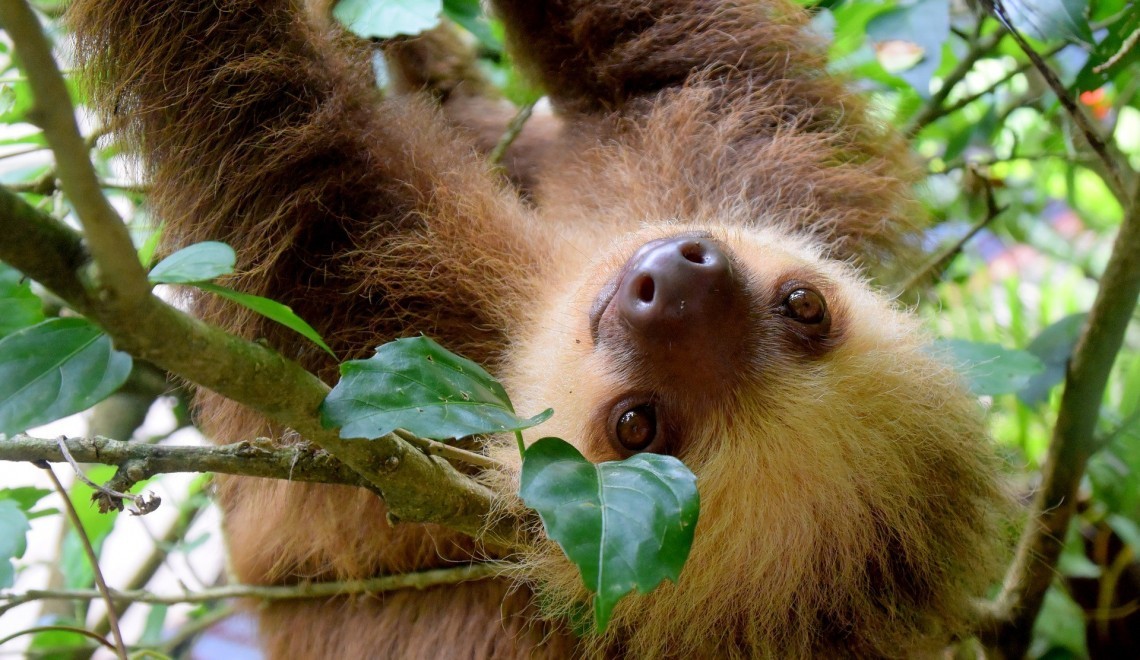