My son Ethan and I are no strangers to just-the-two-of-us trips. Our first E & Me trip happened in 2005 when he was 3 years old. 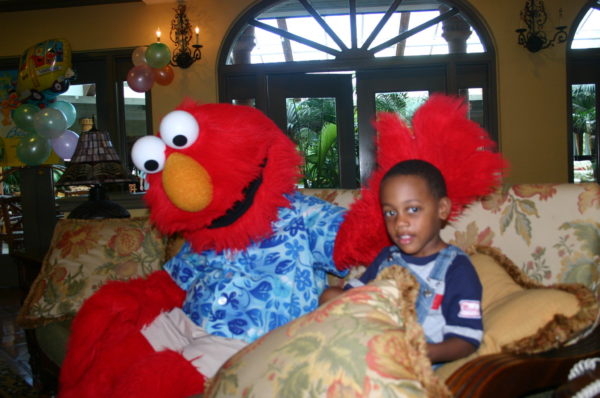 With Ethan at Beaches Turks and Caicos. The trip was one of our first Mom & E trips. 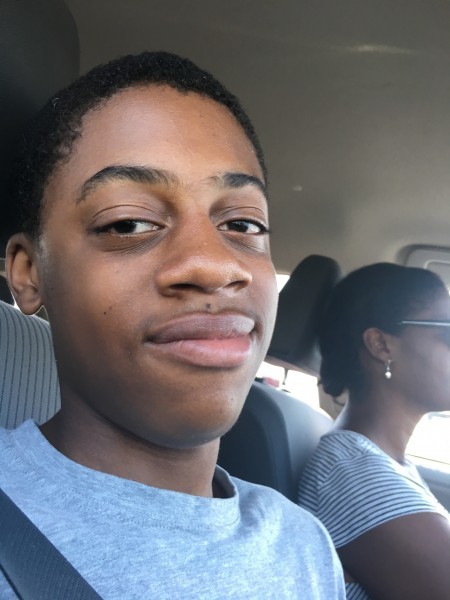 While  a lot has changed in those intervening years, the sparkle he gets in his eye when I propose an adventure never has. I’m always glad when he says, “yes” because I know that I’ll come away from the experience having learned even more to love about him. 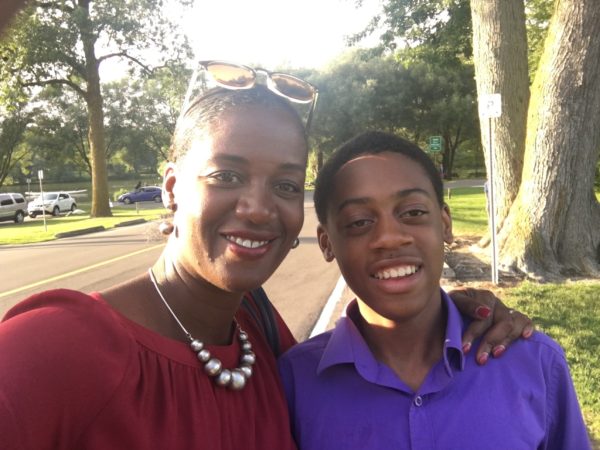 I also learn a bit about myself (about where I may be underestimating him or asking too much) and about how alike we really are. (Corny sense of humour? Check!) 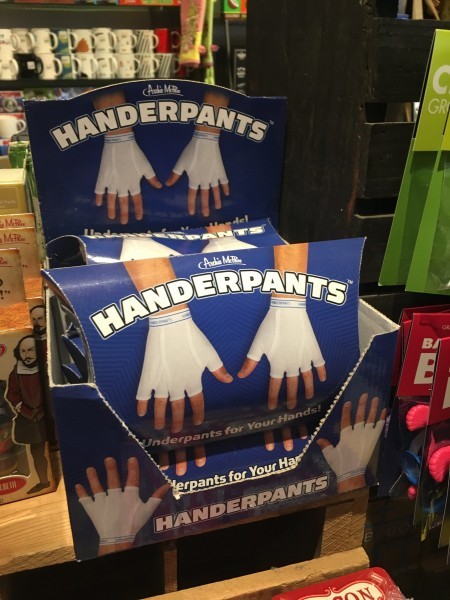 We’ve got the same corny sense of humour so this gag gift from Small-Mart General Mercantile in Stratford almost got all of our money.

This summer we decided to head for Stratford, Ontario and the tiny town southwest of Toronto didn’t disappoint. Even after all these trips together, there are some key things we learned on this trip. If you’re planning a trip with a teen, you’ll want to keep these rules in mind:

Rule #1: Feed them. Early and Often 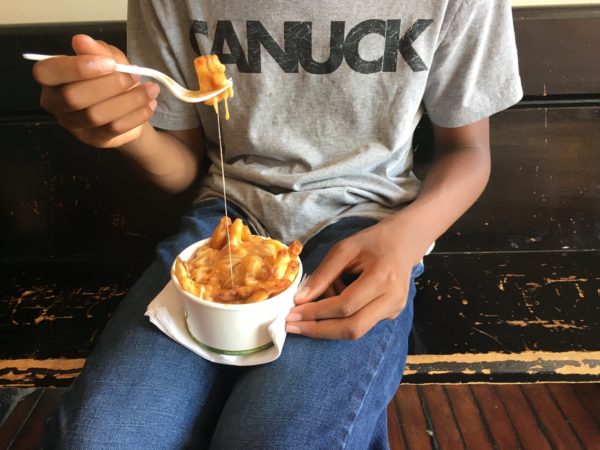 The very first thing we did when we got to Stratford was eat. And we didn’t stop until we left. That teenage grazing that happens at home, doesn’t wane on the road. We are both wise enough to know that an unfed teen does not make for a happy traveler so we made it a priority in our schedule. 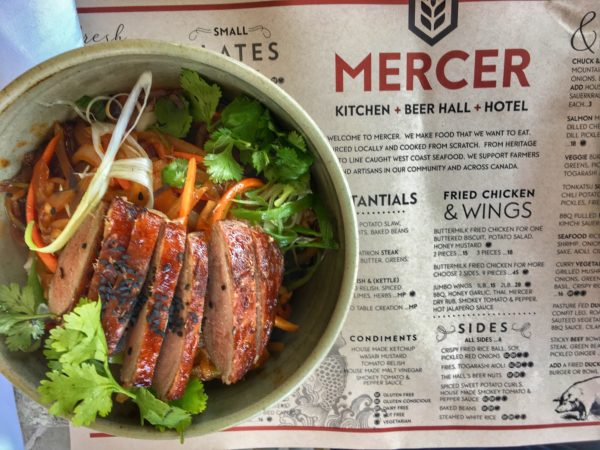 Luckily, Stratford is full of great spots to choose from and I’ve got a reformed picky eater so we were able to sample all kinds of globally inspired goodies from Mercer Kitchen and Food Hall to fast food done right at Boomers Gourmet Fries and an incredible salad and pasta at Pizza Bistro. 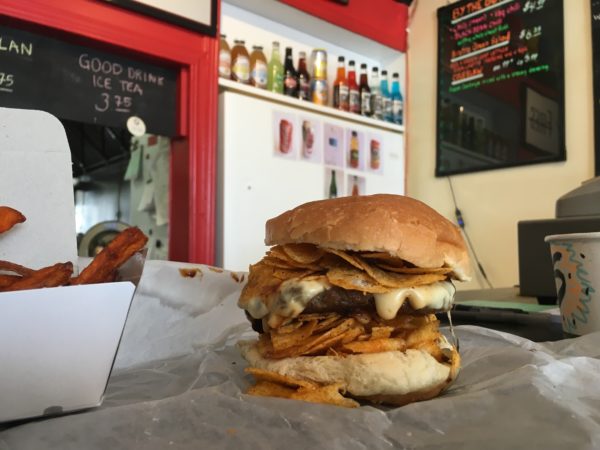 I still have dreams about this BBQ Crunch burger from Boomer’s Gourmet Fries.

If you’ve ever had the question, “What do you want to do now?” met with ” I dunno,” you understand the frustration of going to a place without a plan.

Ethan and I had decided early to anchor our time in Stratford with two theatrical performances (more on that later) but it still left us with plenty of time to explore. We decided to try out the Chocolate Trail. For $25 you can purchase a trail pass at the Stratford Tourism Alliance office on Downie Street. Each pass provides you with six tickets that you can use at one of 25 stores and restaurants. At each there’s either an experience or a gift waiting for you. I had done it years ago and loved it but it’s even better now. More stores, new offerings and the fact that you can spread your stops out over as long as 1 week makes it the perfect way to add a treat to your walks around the main drag.  Our favourite stops included the brownie and ice cream at Boar’s Head Pub and the chocolate olive oil tasting at Olive Your Favourites.

Rule #3: Save time for no plans 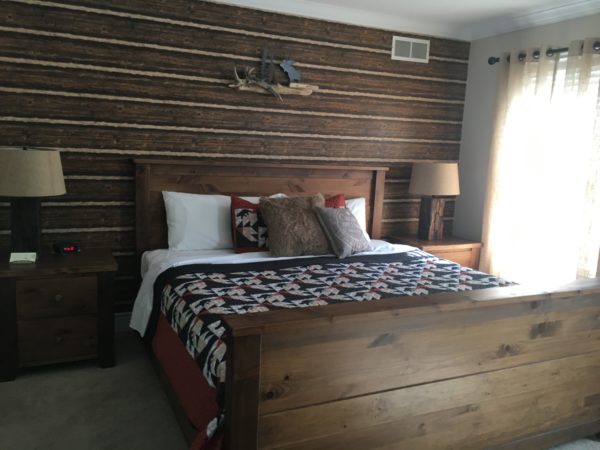 We knew that we travel best when there’s a mixed itinerary so we made sure to leave some time in the schedule to wander (ice cream in hand, of course) along the Avon river or around the park near our bed and breakfast stay at the Forest Motel and Woodland Retreat. I loved that this property was  just far enough from the popular Stratford strip that it felt like we were getting some down time. Stays here also include the use of boats (paddle, kayaks and canoes), bikes (single & tandem), an outdoor campfire, walking trails and more. 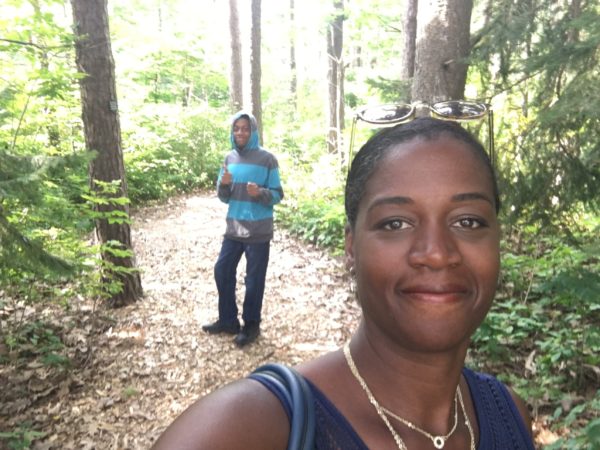 E and I hit the trails.

We also had a good laugh as we wandered The Stratford Antique Warehouse. Toys and record albums I grew up with are now considered antiques! Ethan had a good laugh at my expense there. Time to explore also allows for impromptu moments you could never predict.

Case in point: Ethan spotted a piano on a street corner, sat down and started to play. 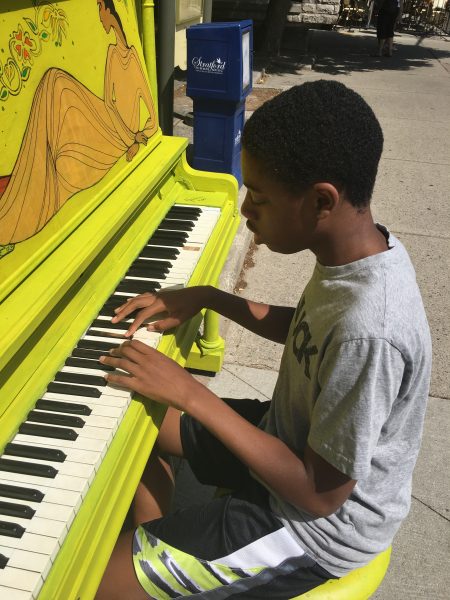 There was a  piano …so he played it.

To understand just what kind of miracle that is, you’ll need to know that he gave up lessons years ago, we have a piano at home that is gathering dust and no one, in the history of Davis family piano time, ever practiced unless under duress.Yet here, without prodding, he’d chosen to play for the public! I’m still in disbelief.

Rule #4 Get to know the place

It would be easy to stick to shopping and eating in a place like Stratford but we agreed that we should venture into some of the places we might not typically find ourselves and we were so glad we did. At Gallery Stratford we stumbled on to what I think might be the most beautiful landscape art I’ve ever seen. 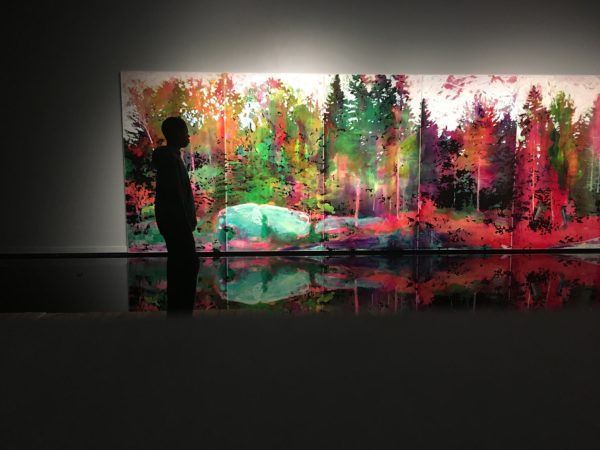 The fact that it was interactive (walking out onto a boardwalk in the flooded room gives a silhouette effect that places you in the scene) only made it that much cooler. In another room textile artist creations resulted in quiet contemplation from each of us and provided some insight into local artists. 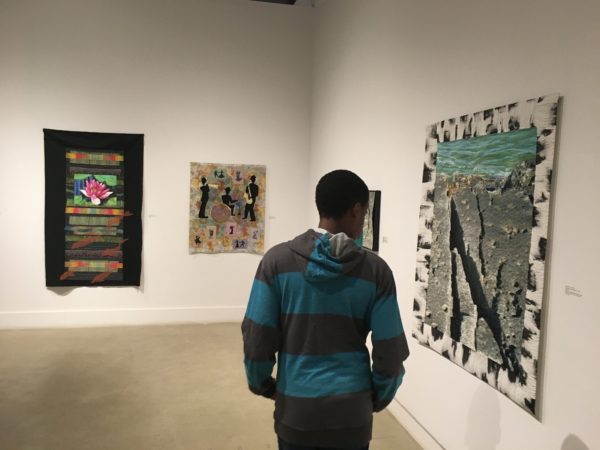 At the Stratford Perth museum we learned about the historic (and fatal) Franklin Expedition and its connection to recent finds in the Arctic . And we both got some giggles in the Treasure Island exhibit where costumes and iPhone cameras got a never-to-be-shared-publicly work out. 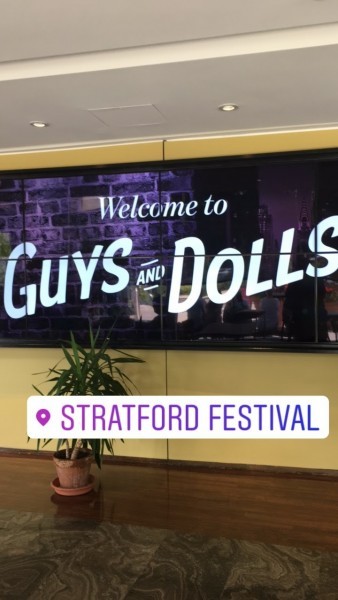 I’ve long loved plays and musicals and introducing them to my kids at a young age was entirely a selfish act. I wanted them to love them too. It worked and now I’ve got boys who are as happy to listen to a Hamilton soundtrack as the latest pop hit. There was no way we were coming to Stratford and not going to a production from The Stratford Festival  – one of the country’s best professional theatre experiences. We settled on Romeo and Juliet (a play he’d studied in school in hopes of a new perspective) and Guys and Dolls. While Shakespeare was good, I realized that I’d somehow forgotten how silly and weak Romeo is. Not my kind of guy. 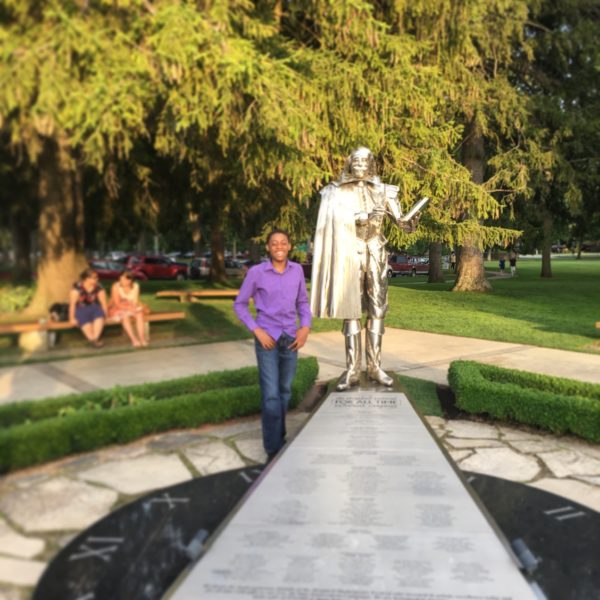 The boy and the Bard in Stratford.

But Guys and Dolls? We absolutely loved it! We were laughing throughout and at the end both jumped to our feet to cheer the incredible cast. By the time we were ready to head for home, we’d downloaded the soundtrack to listen to in the car. And believe me, it’s twice as good when you’re both singing along.