Happy St. Patrick’s Day! We’ve been sharing articles from our Irish travels including ways to explore the country as a family, and your guide to fun in Dublin. In celebration of St. Patrick’s Day, we raise our green beer to you in toast and share this post, originally published in the Travel Ireland section of the TorontoStar.com about Frank McCourt and Limerick, Ireland. 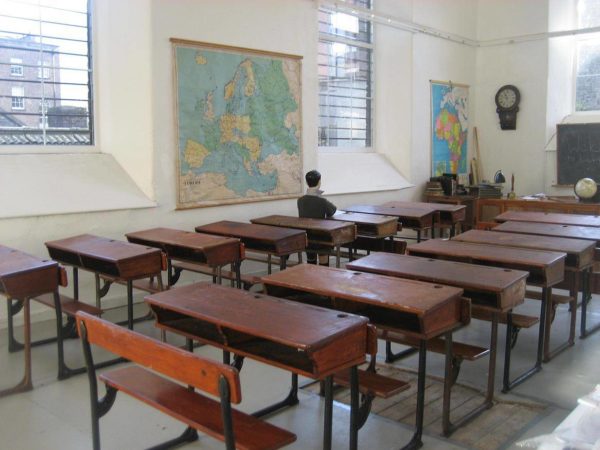 Michael O’Donnell takes a few seconds to ease himself up off of the bench in Flannery’s Pub. He’s complying with a request to share stories from his time growing up in this city and his friendship with one of its most famous citizens Frank McCourt, author of Angela’s Ashes. Soon the room is filled with stories about growing up in Limerick and the salty poetry with which the city shares a name.

If you can judge a man by the friends he keeps, McCourt must’ve been quite the guy. There is no question that he was also quite the writer.

The Pulitzer prize-winning author introduced Limerick to new eyes with his novel, which tells the tragic tale of his childhood. It sold tens of millions of copies and was translated into more than 30 languages.

The novel tells the story from a child’s (Frank’s) point of view and details the alcoholism, depression, miscarriage, childhood deaths and more that plague his family before his eventual departure to New York. The book was published in 1996. McCourt died in 2009.

But anyone looking for that gritty Limerick McCourt describes in such vividly brutal detail in the book will be shocked by the Limerick of today. Brightly coloured doors, world-class museums and a healthy middle class sit where once slums and prostitution were the norm.

But, for the thousands of tourists who make their way to the city in search of its remnants, O’Donnell, who ran the Angela’s Ashes city tour for years, is one of the people who can still show you where it once stood and tell you what it was like. Una Heaton knows, too.

Heaton is the founder and curator of the Frank McCourt Museum housed in the red brick building that was originally the late author’s primary school. She and her husband, John, met McCourt on one of the author’s visits to Limerick in the late ’90s. When McCourt learned that Heaton’s father-in-law had purchased his former schoolhouse, he came for a visit.

“He came in to see us and he was very nostalgic and quite emotional about coming through the main door of the schoolhouse,” Heaton recalls. “He’d only ever come through the side door as a student.”

The three remained friends. In 2002, when Heaton, an artist, held an exhibition in New York, McCourt opened the show. And, in 2009, when the idea struck her that there should be a museum dedicated to McCourt’s life and work, the building seemed the perfect place for it.

What started with only a few school desks in one room of the building became an international draw. Tourists from Japan, Germany, Australia and Iran have made their way to the city to see the city McCourt described.

Heaton says she’s received no funding for the museum and developed it on her own. She’s had 12,000 fans visit. “I’ve thrown my life’s purse into this,” she says. “Sometimes I think, ‘My God, I’ve opened a can of worms,’ but it looks like its going to be a bed of roses.”

McCourt’s family lends its support. His widow, Ellen, has been instrumental in the museum’s growth, donating memorabilia, old photographs, awards, clothing and a first edition copy of Angela’s Ashes complete with McCourt’s handwritten notes. The author’s siblings make appearances at the museum, most recently for the unveiling of a bust of him in the garden.

Although McCourt died before he could see the museum, he is here, too; his ashes are in an urn in the back room.

This summer, there will be even more reasons to visit.

The museum has expanded to include a replica of the bedrooms and living conditions of the house McCourt lived in as a child, and, now, new projects, from Limerick Institute of Technology students, will bring touch screens highlighting various parts of McCourt’s life, and these will be installed in June. There is also talk of virtual reality tours and holograms to come, and, if all goes to plan, visitors will not only see Frank McCourt, they’ll be able to speak with him, too.

If she has her way, and can find benefactors, Heaton would like to create a learning centre for disadvantaged children in McCourt’s name. 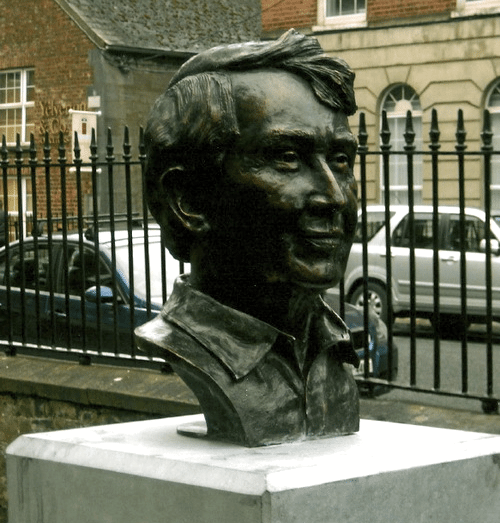 “Frank came from a very humble beginning and look where he reached? The Pulitzer Prize!” she says. “I think that kids who are from disadvantaged areas would see that and say, ‘Hey, I could try that.’ It could give them hope.”

The book and its author have their detractors. There remain many in Limerick who say the stories McCourt tells in Angela’s Ashes, and the way that Limerick is portrayed is at its best fiction and, at its worst, pernicious mistruths. McCourt always steadfastly denied that any part of the book was fiction, but admitted to changing names in some instances.

Back at the pub O’Donnell doesn’t sugarcoat the fact that people in the town have always been fiercely on one side or the other when it comes to McCourt. He is wrapping up, even though his audience would happily hear more and makes sure to include the story of the time McCourt came to blows with another Limerick native, iconic actor Richard Harris, after a few drinks too many and a disagreement over facts in the book.

O’Donnell’s melodramatic tone has all in the bar on the edge of their stools. Listening to him, it’s no surprise that the tour he ran was so popular and continues to thrive under new guides. This year, numbers are up.

“He was a great guy,” he tells the crowd as we raise our whisky glasses in toast. “We were lucky to have him.”

One year ago, I was sitting high above Porto, livi

Cold but make it cute! 💞 Grateful @ishdavis is

I’ve had the privilege of being a proud contribu

Growing up, the only #BlackHistory I heard about c

“When you are on a Zoom call with your friends a

"The world is a big place, and I don't want myself

I always love my time @thesocialctv but today’s

Happy to add my love for all things @purenewzealan